Ho Do Kwon. The South Korean man (South Korea) is still being searched for.

Then the South Korean court also issued an arrest warrant against the founder of Terra Luna. So what then, let’s take a look at today’s cryptocurrency news review.

Do Kwon can’t be tracked in Singapore – Crypto News Today

The South Korean court has issued an arrest warrant for the main developer of Luna and TerraUSD cryptocurrencies, Do Kwon. Recently, the Singapore Police said that crypto developer Do Kwon is not currently based in Singapore. Where is he?

Singapore police said crypto developer Do Kwon, who has been accused of fraud by investors following the collapse of the Luna and TerraUSD cryptocurrency, is not currently in Lion City.

starting from ReutersDo Kwon is the lead developer of the two cryptocurrencies that collapsed in May 2022, causing turmoil in cryptocurrency markets around the world.

Do Kwon, who is also the founder of crypto platform Terraform Labs, has been accused of fraud by crypto investors.

Last week, a spokesman for South Korea’s attorney general’s office said arrest warrants had been issued for six people, including Do Kwon, who is said to be living in Singapore. 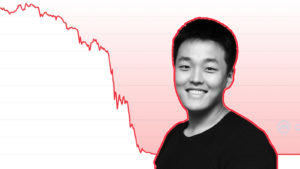 Claims to move to Singapore for the family, but there’s no

Do Kwon said he moved to Singapore because he was worried about the threat to his family’s safety.

Through an interview with a crypto media platform coinage In early August 2022, he refused to describe his move as an attempt to evade investigation.

The order to arrest him comes after a months-long investigation.

The collapse of Luna and TerraUSD sparked public outrage in South Korea. Globally, investors in the two cryptocurrencies have lost as much as $42 billion, according to the blockchain analytics firm Elliptical.

The Singapore Police added that it will seek to assist the South Korean police within the scope of its domestic law and international obligations.

Terra Luna’s boss is going to jail, what’s the fate of the token? Cryptocurrency news today

Previously, authorities from a South Korean court issued an arrest warrant for Do Kwon, the main developer of Terra Luna and TerraUSD cryptocurrencies.

The value of the two tokens collapsed in May 2022, shaking the global crypto market.

Read also: Participating in the development of Indonesia, Indodax donates hundreds of billions in taxes

Do Kwon, founder of blockchain platform Terraform Labs, has been accused of defrauding investors when its value fell below $1 per coin. He is also weak.

“Arrest warrants have been issued for six people, including Do Kwon, who is currently living in Singapore,” a spokesman for the South Korean Prosecutor’s Office said. CNBC IndonesiaLast Friday (16/9/2022).

Investors in Terra cryptocurrencies, LUNC and USTC, have been hurt and deceived by the collapse of the Terra ecosystem. Some of them have also sued Do Kwon for fraud and market manipulation, and they have now been granted by the Seoul Court of South Korea.

Do Kwon’s arrest was reported in the official letter, as the founder of Terra Luna is now suspected in Singapore.

In addition to Kwon, the letter also orders the arrest of Nicholas Platias, co-founder of Terraform Labs and employee Han Mo. Both are accused of violating the capital market law.

The arrest warrant comes after months of investigations, including searches and seizures at related offices and local cryptocurrency exchanges.

TerraUSD, the so-called stablecoin that was once among the world’s top 10 cryptocurrencies by market capitalization, pegged one coin at the equivalent of $1. But its value fell below $1 and it withdrew the Terra Luna pair’s token that fell with it.

This is today’s crypto news review that discusses the evolution of the status of Do Kwon, founder of Terra Luna. We hope that this situation will be resolved soon and the global cryptocurrency industry will become more sparkling.