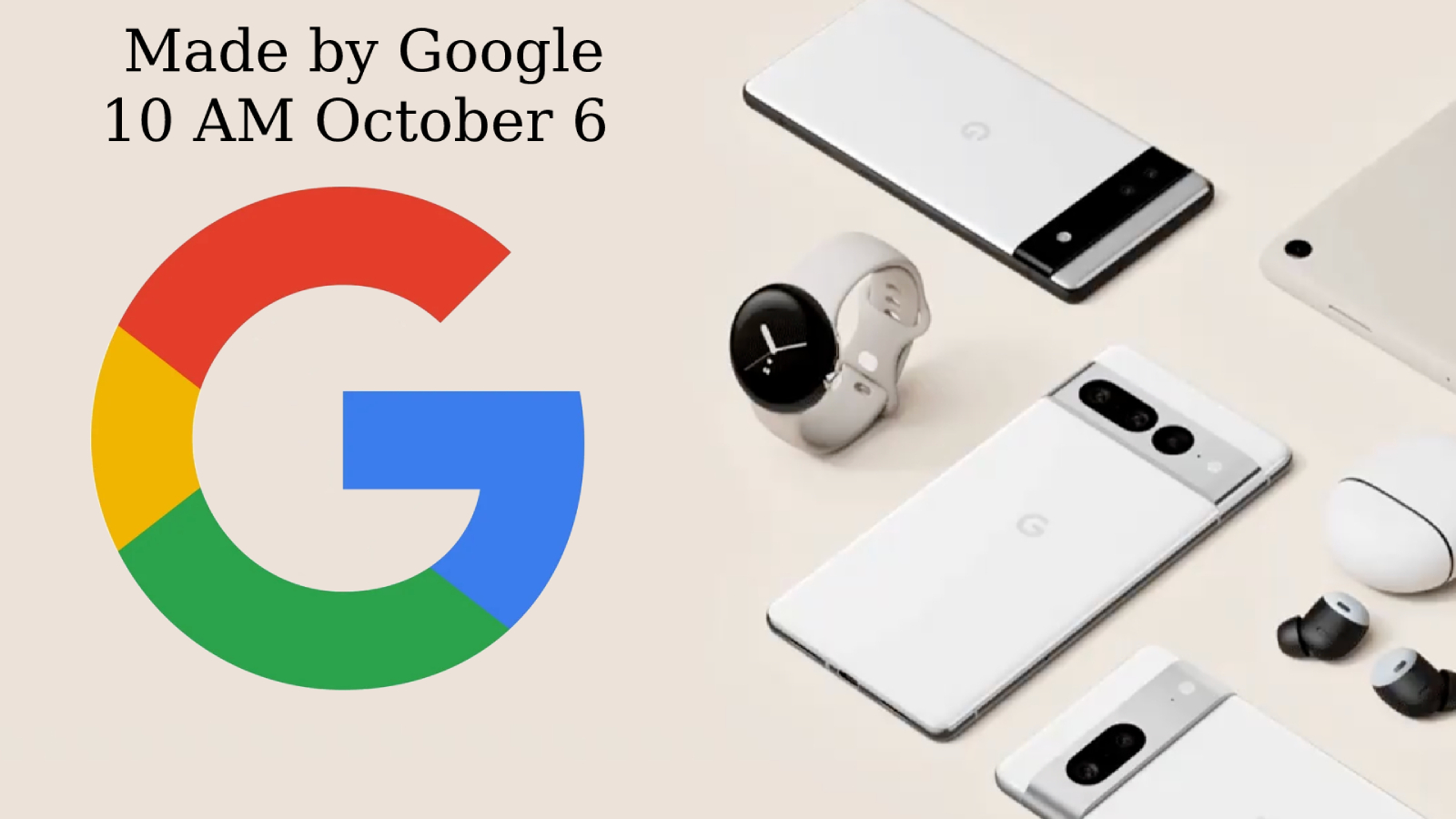 The Pixel 7 and Pixel Watch will launch on October 6 at 10AM ET as Google just announced a Made by Google launch event. A whole host of new devices are expected to be released, with the Pixel Watch and Pixel 7 taking center stage for most watchers.

Expectations indicate that the new Pixel 7 will come with more than two iterations. According to many rumors, there may be a third Ultra model in store for consumers. The Pixel Watch will come pre-loaded with Wear OS 3 and feature “Fitbit Deep Integration”. We’re very excited to see what Google brings to the market nearly a month after this week’s Apple event.

Where do you watch

“Made by Google” will be broadcast live on Youtube at 10 a.m. ET on October 6. The Pixel 7 is expected to launch with an under-display camera and a second-generation Tensor chip. The coat will ride from the hugely successful Pixel 6 and Pixel 6 Pro, so expect high demand.

The new Pixel Watch arrives with a minimalist design and a suite of fitness and health capabilities. Also, it is expected to feature an improved Google Home app and to integrate seamlessly with your Google Home devices.

While some fear that launching new Pixel devices so soon after Apple’s “Far Out” event could be a huge mistake, Google is fearlessly ahead and we’re here for it.